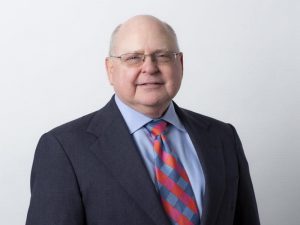 In a joint announcement, Robroy Industries and Jeffrey Seagle have announced the retirement of Mr. Seagle effective September 24, 2020.

Mr. Seagle has been an integral and important team member of Robroy Industries since 1990 when he joined the company at its Verona, Pennsylvania headquarters as Market Development and Marketing Director following 11 years with General Motors. He holds a Bachelor of Science degree in Mechanical Engineering from Purdue University and a Master of Science in Industrial Administration from Carnegie Mellon University.

In 1995 Mr. Seagle was promoted to Director of Sales & Marketing for Robroy Industries’ Enclosures business headquartered in Belding, Michigan. In 1998 he became General Manager of that operation, followed by promotion to President of Robroy Enclosures in 2006. In 2019 he was promoted back to corporate responsibilities as Robroy Industries’ Vice President of Corporate Business Development.

“On behalf of all of Robroy Industries, and each of us who has been fortunate to work with Jeff Seagle over 30 very successful years, a heartfelt thank you,” says Rob McIlroy, CEO of Robroy Industries. “Jeff’s contributions to our organization have been extraordinary. In his tenure with Robroy Enclosures his leadership grew the business by a remarkable 400%. He increased product offerings from 5 product lines to 15 product lines including the development and launch of many new non-metallic enclosures such as DiamondShield™, NewSentry™, Duraboxx™, ControlTower™, Classic™, expanded and larger J series and others. He also oversaw the development of patented SolarGuard®, an industry-leading UV protection in fiberglass material produced by a $2 million automation compounding technology housed at our Belding location. Those are outstanding achievements that have contributed greatly to the health of Robroy Industries and have left a legacy of peak professional performance and commitment to the highest quality products.”

For his part, Mr. Seagle summarizes his many years as an executive-level manager as follows: “The rewards of working with and leading so many great team members through the years, both in the plant and office, are uncountable and unmeasurable in terms of the satisfaction those results have brought to my life. In good times and during times of challenge we accomplished so much together as a team, No one of us could have done it on his or her own. My true gratitude also extends to the many customers, suppliers, consultants, Robroy corporate colleagues, and sales partners established through the years who shared with me a passion to do things the right way with integrity, loyalty and commitment to one another. Years ago we developed a mission statement based on delivering: ‘The Right Product, at the Right Price, Right Now!’ That statement, and the achievement it made possible, sums up the purpose and privilege I have felt in being part of Robroy Industries and the electrical products marketplace.”

Among Mr. Seagle’s other notable accomplishments and “firsts” with Robroy Industries: he was one of the executive sponsors of an employee-led SHIELD safety performance program that resulted in an amazing 13 consecutive years with only a single recordable injury. He led efforts, at Robroy Enclosures, to achieve ISO 9001 accreditation. His innovative guidance led to the National Association of Electrical Distributors presenting his organization with the NAED “Best Of The Best” award in recognition of world-class marketing. He established a student intern program, a customer/channel training initiative, and helped Robroy Enclosures to be ranked, for 16 consecutive years, as one of “West Michigan’s Best & Brightest Companies To Work For.” As corporate V.P. of Business Development, Mr. Seagle coordinated the successful acquisitions of AttaBox® Enclosures in 2016 and RocketRack in 2019 while also formalizing the company’s business development process and building a groundwork for future successes by Robroy Industries.

Mr. Seagle’s good works extend beyond the office and factory walls and into the community where he guided numerous philanthropic activities including: charter sponsorship support for the B Foundation (Belding, Michigan cancer support), charter sponsorship support Belding Veterans Wall Foundation, ongoing support of Belding local schools including charter support for FIRST Robotics at Belding High School, establishment of the Robroy Centennial Scholarship awarded annually as the largest Belding High School scholarship — plus many other initiatives in support of civic and charitable causes.

Jeff Seagle and his wife Debby will continue to make their home in western Michigan where they are active in their church, a wide variety of community activities, and with their sons: Joseph, Timothy, and Jonathan — as well as new grandchildren.