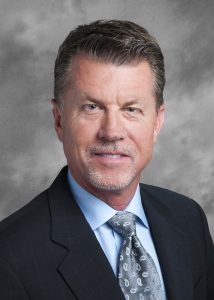 ATLANTA—Rheem®  announced JR Jones has been named executive chairman of the board of Rheem Manufacturing Company.

Jones will continue to provide guidance for Rheem’s vision and strategy, in addition to his board responsibilities. Jones has served as the president and chief executive officer of Rheem for a decade.

“Rheem has made–and continues to make–significant investments in our people, products, operations and brands as part of our strategy to be the preferred supplier to our customers and customer to our suppliers,” said Peel. “The result has been an unprecedented period of growth and the solidification of our position as a global industry innovator. I am grateful for JR’s leadership in preparing me for this new challenge and look forward to advancing the strong vision we have for Rheem’s future with an outstanding leadership team and talented, dedicated employees worldwide.”

Prior to his tenure at the helm of Rheem, Jones served as the company’s chief operating officer and as the president of both the Air Conditioning and Water Heating Divisions. He also held varied leadership positions at Lennox International and The Trane Company. Jones earned a bachelor’s degree in Mechanical Engineering from the University of Arkansas (UofA), was elected to the UofA Engineering Hall of Fame in 2003, and received the UofA Mechanical Engineering Distinguished Engineer Award in 2005.