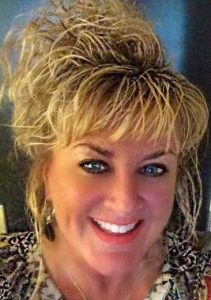 “I am super excited about being the winner of this contest and am looking forward to attending the 2017 Annual Conference in December,” said Baxley. “I want to thank HARDI for this awesome opportunity!”

Baxley was one of over 70 potential first-timer entrants ranging from branch and territory managers to presidents and CEOs of HARDI member companies.

“HARDI is a wonderful organization, that represents the wholesale distributor and their suppliers, with strong leadership, knowledge, and an awesome team of individuals with a true understanding of the obstacles we face each and every day in the HVACR industry,” continued Baxley. “We, here at McCall’s, are proud to be a member of such an outstanding organization that truly cares.”

“HARDI Annual Conference is one of the premier events in the industry and THE event for HVACR distribution,” said HARDI Marketing Manager Chris DeBoer. “We held this promotion to encourage members – who have never attended before – to see why Annual Conference attendance is a staple to HARDI membership, with all of the value and opportunities it brings to their businesses.”

“The HARDI team looks forward to seeing Constance at Annual Conference, as well as any other first-timers who make it out to Vegas,” continued DeBoer.

The average annualized growth for the 12 months through September 2017 was 5.6 percent.

“It looks like weather was the major factor behind HARDI distributor sales in August and September because the underlying economy remains strong, said HARDI Senior Economist Connor Lokar.”  “The US labor market is generally tightening. September’s 4.1 percent unemployment is the lowest level since before the Great Recession. The number of hours worked is rising after contracting through most of 2016. The increase signals an increase in demand for labor and the number of job openings is generally rising.”

The Days Sales Outstanding (DSO), a measure of how quickly customers pay their bills, is now near 44 days. “This is the normal DSO pace for this time of year,” said Loftus. “It is the midpoint of the recent levels for September.”

HARDI members do not receive financial compensation in exchange for their monthly sales data and can discontinue their participation without prior notice or penalty. Participation is voluntary, and the depth of market coverage varies from region to region. An independent entity collects and compiles the data that can include products not directly associated with the HVACR industry.